Gina will be headlining ONE NIGHT ONLY in Los Angeles at Flappers Comedy Club, Burbank on November 19th.

GET YOUR TICKETS HERE before it sells out again!

Gina's sitcom Bob hearts Abishola is now in it's 4th season and currently airing on CBS on Monday nights at 8.30pm/7.30pm central, in the US.

And while you're here, why don't you pick up a copy of her memoir, Cack-Handed which is now out on worldwide release!! The reviews have been outstanding... 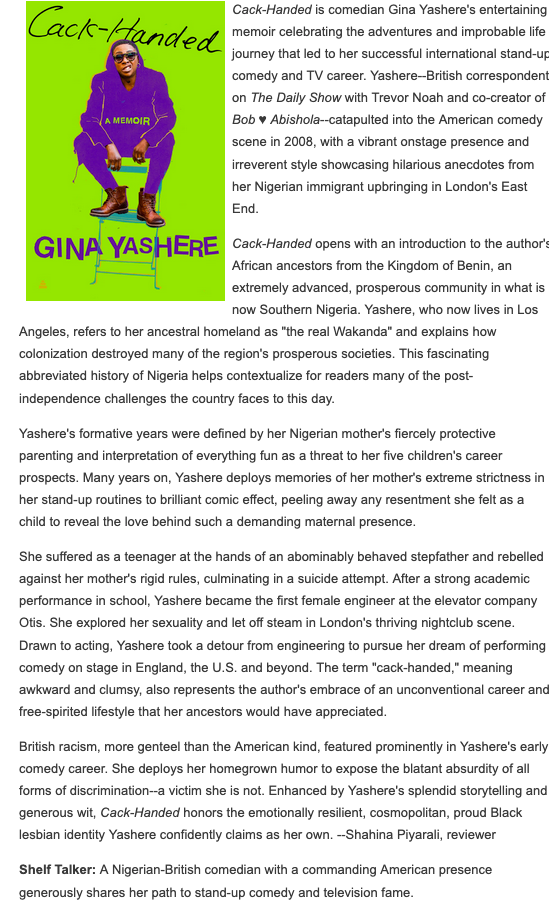 You can order the book from Amazon US, Amazon UK, Barnes & Noble, Books a Million ,and many more!

Other retailers selling Cackhanded can be found here

Gina also currently has 3 stand up specials streaming on Netflix!

She is episode 2 of The Standups Season 2, & two of her previous one hour specials, Skinny B*tch & Laughing To America are also available for viewing on the platform.

Here is one of the rave reviews she's received.. 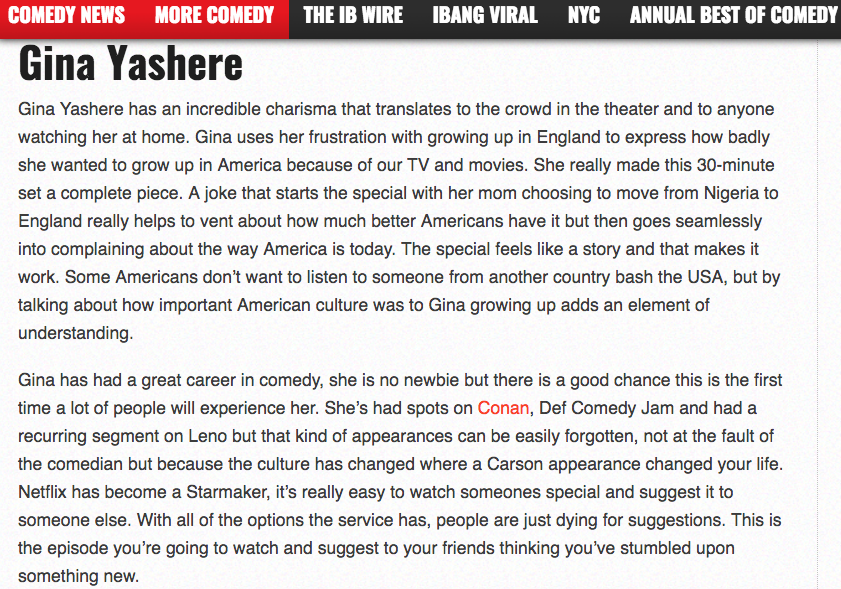 Another of her one hour Stand up Specials, Ticking Boxes is still available to buy.

It was shot at the iconic Brixton O2 Academy, London in front of over 2000 fans.
Go download it HERE.

The Daily Show for US viewers